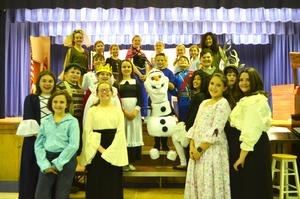 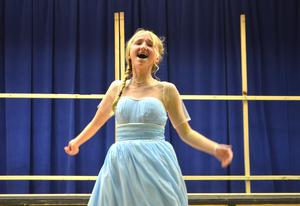 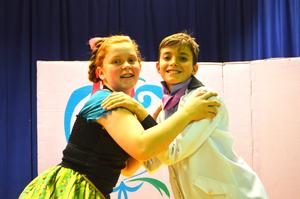 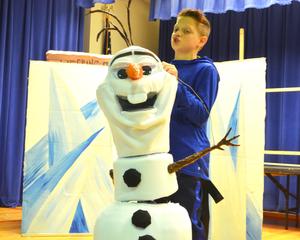 Pope John XXIII Middle School will be presenting Disney’s “Frozen JR.” on Saturday at 2 and 4 p.m. The show will be held at Reverend George A. Brown Memorial School’s McKenna Hall. Tickets are $10.

The show will be held at Reverend George A. Brown Memorial School’s McKenna Hall. Tickets are $10. Children ages 4 and under are free on an adult’s lap. For tickets, please contact katie.elvin@yahoo.com or purchase them at the door.

The students are presenting the adaption from Disney's Broadway production and the motion picture, “Frozen,” which expands upon the emotional relationship and journey between Princesses and sisters Anna and Elsa. “Frozen JR.” is a story of true love and acceptance between sisters.

Pope John seventh grade student Anya Pucci will play the role of adult Elsa, who has icy powers and inadvertently traps the kingdom of Arendelle in a frozen winter when she uses them. Pope John seventh grade student Hannah Peterson will play the role of adult Princess Anna, who is the younger sister of Elsa and goes on an adventure to try to find her so Elsa can end the eternal winter.